COMPARISON BETWEEN ISLAMIC VIEWS OF  DISEASE PREVENTION  AND TREATMENT 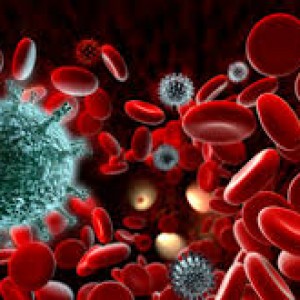 These honourable Hadiths clarify the aspects of protecting the individual, who should seek to avoid places of pestilence.  But on a higher scale, the Hadiths stress the protection of the Moslem community from the spread of epidemics, so that self-sacrifice, in the cause of keeping the community safe, is considered martyrdom in the cause of Allah.  The degree of enforcing methods of prevention becomes greater, when the matter is related to the five main objectives of preservation inscribed by Shari’ah.Reviewing the honourable Hadiths of the Prophet (r) which  are    related to health,  it is found out that aspects of prevention and protection are dealt with in a manner which is nearer  to  command  and compulsion;  and to the degree  that  self-sacrifice  in  the  cause  of   protecting  the Moslem community from epidemics is considered martyrdom (Shahada) in the cause of Allah.  It was narrated by Anas that the Prophet (r) said; “Plague is a Shahada for every Moslem inflicted with, and  dies of such an epidemic.”   On the authority of the Lady Aisha, may Allah be pleased with her, that she said; “I once asked the Prophet (r) about plague and he (r) said; ‘It was a chastisement sent by Allah on whomever He wished.  But Allah made it a blessing for the believers, so that whoever is afflicted with this disease and remains keeping patience in his land, seeking Allah’s reward and realising that nothing will befall him except what Allah has decreed to him, will have an equal reward to that of a Shaheed (martyr).‘”   On the authority of Abdul Rahman Bin A’wf that the Prophet (r) said; “When plague is rampant in a locality, where you stay, do not run away fleeing from it, and if you hear of  it breaking out in a land, do not enter it.”

In the field of  therapy, the Prophet (r) has commanded taking up prescribed treatment. As a matter of fact, these honourable Hadiths ordained that the preservation of the individual’s health is a duty, while the protection of the Moslem community is a Jihad in the cause of Allah, in which the individual sacrifices his soul, thus reaching the degree of a martyr.

RUQYA PROGRAM FOR EVIL EYE (AYN) Narrated from Aishah (RAA), that she said the Messenger o…